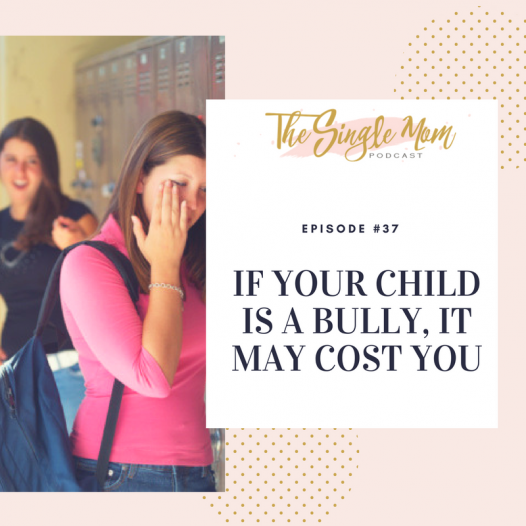 Parents Fined for Their Child’s Bullying

Recently a town in Wisconsin passed an ordinance that has started to cause a little bit of controversy. Focusing on the bullying that has been on the rise in the past few years this new bill will now fine the parents of the offender. That’s right, the bully’s parents will have to pay if their child’s bad behavior.

This new law will give the child a warning first and then if the child’s behavior doesn’t stop within 90 days of the initial warning the parents will be fined $366. If there is a repeat offense, then there will be an additional fine of $681. Meaning if your child continues to be an ass after being warned then you as a parent would potentially have to pay over a thousand dollars!

Many people of course are against this new law stating that what is considered bullying by some may actually be just simple teasing and is subjective. Others state that this kind of punishment would be very harmful for families who are struggling financially.

As for me, I kinda dig this new law. I know that may be a bit shocking considering I am a single mother who more often than not struggled financially, however I also refuse to allow my children to be assholes.

A few years ago my son was bullied by another child in his special education class. And not just the dirty looks and mean taunts kind of bullying – this kid harassed, intimidated and physically assaulted my son. Now being that he was in the special needs class, I understood that there was likely something going on with this kid that caused him to have these issues. I know that had my son Gage not gotten all the help he has and the constant work that we put into his ongoing recovery he would likely be a very violent child.

So I tried to be understanding at first and worked with the school. I talked to them and felt that we had come to an understanding that this boy would be reprimanded for his behavior and steps would be taken to keep him away from my son. Then a week or so later he knocked my son down to the ground and proceeded to repeatedly kick him in the stomach and head.

Aaand now the gloves are off.

I pressed charges on the kid and told them that if they didn’t do whatever needed to be done to keep this kid away from my son, then I would also come after the school legally. Now don’t get me wrong, I am not one of those moms who treats my child like they are made of glass. “How dare you put your hands on my baby!”. BUT I am a mom who realizes that this child was clearly NOT getting whatever help he needed, his parents were not doing what needed to be done to make sure he was safe with other children. So by pressing charges I was not only keeping my son safe, but I was ensuring that they would be REQUIRED to get this boy whatever help he needed.

I also understand that as parents we can do everything under the sun to raise our children to be good kids and sometimes they still act like assholes. It happens. I know my son has his moments, all of my kids do. They are human. However, if I get called into the school because one of my children are harassing, bullying, teasing, intimidating or anything of the kind then their their ass is MINE!

There will be repercussions and they WILL get their acts together and stop their nonsense. And if they don’t then it’s on me to keep working until they do. My job as a parent is to raise my children to be the best versions of themselves, and belittling or teasing other kids is NOT their best versions.

So this law that holds the parents financially accountable for their children’s behavior, I am all for it. Even knowing that were my family to be fined that kind of money it would most definitely cause a financial burden in our home. But then that would also teach the child another lesson – there are repercussions for your behavior! How you act and what you do doesn’t always effect just you. Now it effects the entire family.

And were my child to end up costing me that kind of money they would sure as hell be working to pay me back for that.

This law forces kids to understand that you can’t just go around being jerks to people, causing harm, treating people like crap without it having an effect. You can’t just go through life being an ass and not suffer the repercussions.

Parents Fined for Their Child’s Bullying