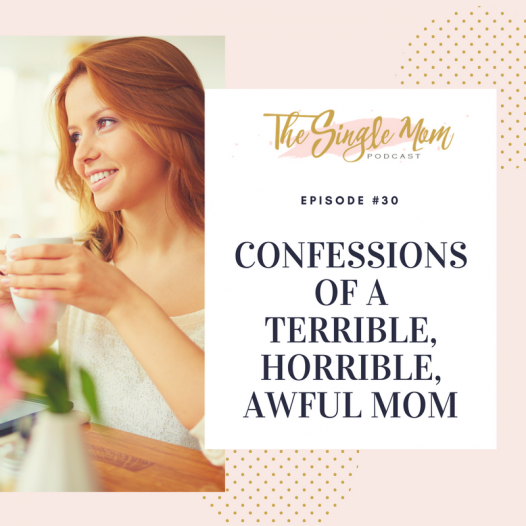 Yep, I am a terrible, horrible, awful mom. At least I would likely be labeled as one by the paparazzi and social media if I were a famous person. If I was a mother who’s parenting style was constantly under scrutiny like many of the celebrity parents out there I would definitely be tagged with that headline.

Recently one of my favorite blogs – Scary Mommy – addressed an “article” from another site calling actress Charlize Theron a ‘monster mom’ because she was “dragging” her son into her car.

I love the Scary Mom blog because they have a sarcastic and smart ass type of style that mirrors my own. Their article reflected exactly what I was thinking when I saw that nonsense – that isn’t dragging that is “getting an immobile child into the car”.

As a parent there have been many times when my child or even children have behaved poorly and we were forced to leave the store we were in. There have been many many times when my child has thrown himself to the ground and gone limp noodle while throwing a fit. Which makes it almost impossible to manage them WITHOUT picking them up and dragging them.

The debate has always raged on between those who think discipline is a good thing or a bad thing. Is it right or wrong to spank your child? Should you let your child just ‘express themselves‘ freely? It’s a constant swirl of who is right and who is wrong – who is a good parent and who is an awful parent…

In the article they apparently had a “family relationship expert” review the photos and dissect everything that she was apparently doing wrong. This person went on to say that instead of telling the child what to do she should be “selling” the reason why he should get in the car. That she should be asking him about his feelings.

Now I am all for asking my children to discuss their feelings and share their opinions. I do believe that it is important. However, if my child is flailing on the ground in the middle of a parking lot the last thing I am going to do is ask them about their feelings. At that moment in time my child is behaving poorly and I will NOT tolerate them laying on the ground (which by the way isn’t all that safe in a parking lot!!) because they are unhappy.

If you are unhappy, fine – but you can express that when safely in the car, or outside of the store. You do not get to act like a butt and throw yourself around to get your way and expect me to just sit back and watch it happen. Especially in a parking lot where you could get run over by another vehicle.

Teaching My Children Consequences Makes Me An Awful Mom

My feeling toward dealing with or disciplining my children is basically that it is my job to prepare my children for a world that doesn’t care if it hurts their feelings. Teaching them to believe that they can behave however they want, when they want simply because they feel like it is not going to be doing them any favors.

Especially for my boys who have impulse control as well as anger management issues – allowing them to believe that the world will bow to their behavior is not a good thing. They need to know that they can not get away with behaving like jerks without consequences. No. I’m not talking about beating or hurting children but there have to be consequences for bad behavior.

When there are no consequences for bad behavior children start to believe that they can do what they want and nothing will happen to them. Take for example the “Affluenza” kid who killed 4 people with his car and was pretty much let off the hook because he was “too rich” and had been raised to not know any better. And then what happens?

Then he ends up breaking his probation, leaving the country with his mom and all kinds of other B.S. and is now finally facing some jail time (hopefully). But it came at the cost of 4 people’s lives. It came at the expense of another family who’s son will never leave a wheelchair now. All because a child wasn’t brought up to understand that bad behavior has consequences.

Teaching my children this does not make me an awful mom. Just like Charlize Theron trying to get her child into the car when he is doing the whole ‘limp noodle’ thing does not make her a ‘mad mother‘. It makes her a parent, just like you or I doing the best that she can.

But like I said before, if teaching your child that they can not get away with behaving poorly without consequence makes me an awful mom, then I guess I’m an awful mom. And I will wear that badge proudly if it means my children will grow up as decent kids with the knowledge that they can’t just be jerks.