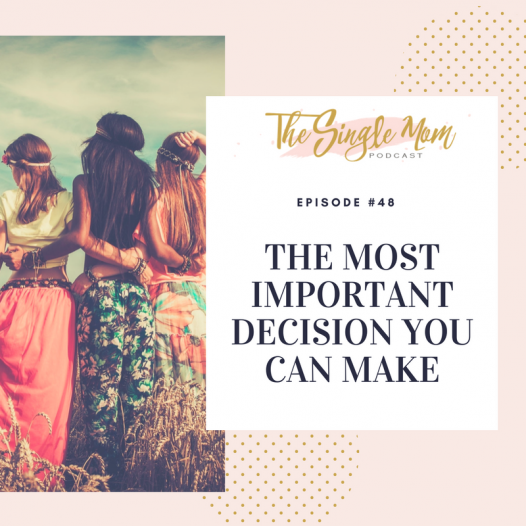 This is The Most Important Decision You Can Make [Podcast]

Who you allow into your life, mind & heart are among the most important decisions you will ever make.

It took me some time to fully understand this and how important it was in my life. I am one of those people who will always try to see the good in people. I usually end up ignoring the bad when I do though.

Quite often I would ignore or disregard bad qualities or behavior because I thought that the person was a ‘good person underneath it all‘. With my boys’ father I chose to look past all of the blatant signs that he was not good for me, or my boys. I tried to make something work with my daughter’s father that would never work. The whole time telling myself that I could fix things that simply weren’t fixable.

The realization of how important this decision was for my life finally hit home when I had to completely sever my relationship with my best friend. We had been friends for almost 10 years when I had to walk away. For some time I had suspicions that she had started using drugs. But I found myself making excuses and talking myself out of those suspicions.

My friend couldn’t possibly be using, she wouldn’t lie straight to my face when I asked her. She wouldn’t use drugs while me and my children were in the house. I just couldn’t make myself believe it no matter what my gut said. Finally, I couldn’t ignore the signs and people telling me that she was using. I had to tell my best friend, a woman I considered a sister, that she could no longer be in my life.

It took me a while after that to finally realize that it took me far too long to cut my friend out of my life. I allowed her around my children when I shouldn’t have because I wanted to believe my friend. That I stayed for too long in a ‘relationship’ with my daughter’s father because I wanted believe that he would change. I ignored all the signs and it effected my life.

Have you ever heard the phrase ‘You are who you hang with‘? 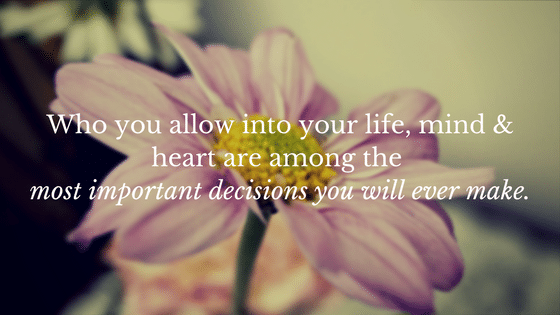 When you allow toxic people into your life they will poison it. It may not happen right away, and you may not even realize it. Until it’s too late. They can effect your outlook on life, the way you behave, activate bad habits. When I was with my daughter’s father I drank a whole lot more than I normally do. I felt that in order to be with him I had to drink like him. I was the worst version of myself when I was with him.

Since that relationship and losing my best friend I have made sure to only allow positive people into my life. People who will bring out the best in me. Push me to be a better person and help me enforce a positive and healthy lifestyle. It took me many years to fully understand how important this was for a healthy life for myself and my family. Since making that decision life has been much more of a blessing than a burden.

I have had less drama to deal with. There is no longer a constant feeling of BLAH looming overhead. Making sure that only certain people are allowed into our family and into my life has been critical for our happiness and peace. It is the most important thing.

This is The Most Important Decision You Can Make [Podcast]