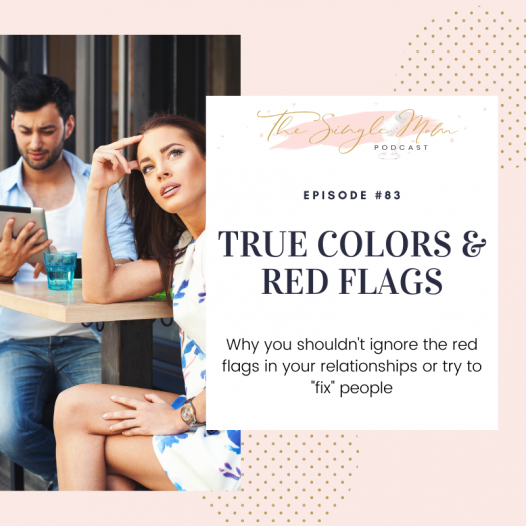 Do you ignore people’s red flags? Are you a fixer?

If someone shows you their true colors, don’t try to repaint them.

This statement really hits home for me. I realized years ago, after my last relationship, that I am a fixer.

I think about people in terms of who they could be. Completely ignoring who they really are a lot of times. Looking past the red flags to only try to see the good things. I try to repaint them. Seeing the potential while ignoring the bad things about them.

I realized that I have done this in many of the relationships in my life. In my romantic relationships, friendships and even with family. There are glaring red flags telling me that things are not great. That a person is not good for me. That I should run, not walk, the other direction.

Red flags can show up in any kind of relationship

It took me years to fully realize that I was doing this. I realized that it also changed me having these people in my life. It put me into situations I should never have been in. It caused me emotional pain. I ended up in financial trouble because of some of these people. Guess what – not one of them cared how they had hurt me either.

I finally understood after years of pain and struggles that I needed to start paying attention to those red flags. I needed to stop trying to paint over people’s true colors.

What are some of the red flags to watch out for?

If you are a fixer too here are some red flags that you should be looking for in your relationships. If you notice any of these things in your partner, friends or even family members – start asking yourself if you are trying to fix them.

One of the most important things to remember is to listen to your gut. Your intuition will likely help you identify those red flags. You have probably heard your inner voice telling you these things before but you ignored them. Stop doing that. Stop trying to paint over people’s true colors.

You will end up being happier in the long run because you will find people who are good for you. People who complement you and who don’t need ‘fixing’. 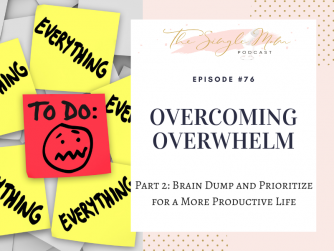 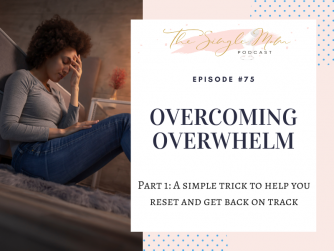 Overwhelmed? – This Quick Trick Can Help

There are any number of things that can cause a mother to become overwhelmed. For a single mother there are even more! In this weeks...