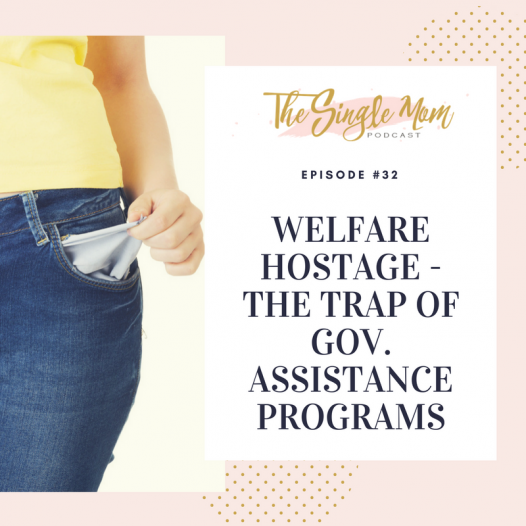 Anyone who has ever been on government assistance programs (or welfare) can attest that is isn’t all sunshine and rainbows. For most people welfare was never intended to be a permanent solution but only a short term boost until they could get back on their feet again.

However, as with almost everything in the world there are those whom abuse the system. Sadly, they are also the ones who usually are very vocal about the fact that they abuse it, and as such end up casting a shadow over all in the system.

I have a relative who leans, well actually more like falls, to the right on the political spectrum and we rarely agree on anything. This relative has stated frequently how he believes that liberals/dems want to simply take advantage of the government and get everything for free. How those who are on government assistance programs are all lazy and just mooching off the government. That there are those who stay on it forever and just abuse it and take his hard earned money.

Sadly, there are many other people who believe the same thing. Are there many people who do abuse the welfare system? Yes, of course there are. However, those people are the minority not the majority of those who are receiving assistance. The problem is that most people do not fully understand what it’s like to be on those assistance programs. They are intended as a short term solution but for many they are also a trap that keep them dependent on the services they provide.

So let me break down what my experience was and why I tell people that I was a welfare hostage. After my son was hospitalized and his father was charged I no longer had anyone to watch my children while I was at work. I was working a full time job and NOT on government assistance at the time. BUT I wasn’t paying for childcare either because the boys would stay with their father while I worked. Imagine my shock when I found out that the cost to put my twins in a daycare was more than my rent.

Ok so what do I do now? I need to work; I WANT to work. So I quit the job I had been at for over 4 years and took and almost 50% pay cut in order to meet the child care income requirements. Now if you are sitting there going, why the hell would you take that kind of pay cut? Well, here’s why – and here’s why most people get stuck in government assistance programs. The difference between the child care assistance program income cut off and what I would need to earn in order to actually afford child care was about $15,000 annually. For many this is the major issue – the assistance programs are not designed to help people become self-sufficient. In fact, they do the opposite, they keep you dependent.

So here is the scenario:

I took the pay cut to get the help needed for childcare assistance. I worked that job, did well and got a pay raise – which is what you would normally want right? But in this case it wasn’t because that raise wasn’t enough of a raise to actually afford my child care, but it WAS enough to put me over the income cut off and so I was immediately cut off of the child care programs.

So what happened then? I can’t work if I don’t have child care so I would lose my job. Now without a job how do I support my family? So I had to go back on assistance to get the child care assistance and fins another job. Then I was back in the circle again of working, hitting the income limit and losing assistance again.

This is the constant struggle that many people on assistance programs face. The inability to ever completely pull themselves away from the programs that are intended to help them. Not everyone has family or friends who can watch their children. Not everyone will be given a $15,000 annual raise that will finally put them in a financial position where they can finally afford the child care they need to work full time. So what are their options at that point?

I make this point on a regular basis to people like my relative who don’t truly understand what these kinds of circumstances are like. They rage and rage about how people like this are just mooching off the government like everyone on assistance is just sitting around eating lobster on the government dime. Again, are there those who do abuse the system? Yes. But there are also millionaires and corporations who abuse the system by hiding their earnings and not paying taxes.

If you are going to rage against one, then be sure to rage against the other as well. Or instead how about you don’t judge situations that you know nothing about. Try to see things from another perspective. OR if the way the programs are structured REALLY bothers you enough to yell or say horrible things about other people – maybe you should look into how you could HELP create change.